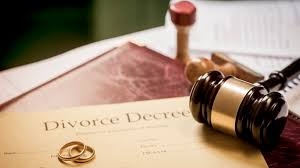 In world-wide jurisdictions marriage is considered the foundation of society. However, the same jurisdictions also recognise the dissolution of marriage which consist in the termination of the marital union. World-wide divorce laws entails the reorganisation of legal duties and responsibilities also including issues regarding redistribution of property, child custody and support, alimony, and visiting rights.

Italian divorce law is relatively recent and it tackles both divorce conditions and further duties and responsibilities which arise after divorce measure. As a general rule, divorce can be achieved only after a certain period of marital separation.

When is it possible to divorce?

According to the Italian Law, both spouses may agree to divorce whenever they prefer and decide that marital relationship has come to an end. However, as previously stated, a certain separation period is required. The only cases where a direct divorce is achievable include: spouse conviction to than fifteen-years or life-time sentence, unconsummated marriage, attempted murder of the child of the spouse by the other spouse, and spouse sex change operation

How long does the separation period last?

With the purpose of obtaining a divorce decree, separation period shall continuously last:

–          For at least twelve months in the event of personal separation;

VGS lawyers professional are perfectly able to assist you in every stage of your separation agreements. Our Lawyers have achieved brilliant results negotiating the best condition for our clients. Should you need any information in relation to this matter, please contact us through the online form you find in our website. You will receive a first answer within the next 24 hours.